Dortmund : Reconstructing the identity of a 19th century façade in imitation stone, Germany

Located on one of the most popular shopping streets in Germany, Dortmund’s attractive Thier-Galerie mall opened for business last October. In fact, the inside of the mall already existed. An isolated triangular building was built, and linked to the others by bridges. Spread over 33,000 m2 and 9 floors are 160 shops. This project involved the demolition of the former Thier and the Maison Berlet brewery, but the architects wanted to reconstruct the façade of the Maison Berlet as it had been. This looks out onto the Westenhellweg shopping street, and was built in the 19th century in paste made of natural (or “Roman”) cement.

Vicat Prompt natural cement was necessary so as to base the reconstruction on the same materials. The project began in September 2009 with a major inventory of mouldings and decorations. Since most of the existing façade, made of a layer of artificial stone, could not be dismantled, all the decorative elements were measured and drawn before the building was demolished. Then, between October 2009 and April 2010, plaster mouldings of all these elements were created in the restoration workshop of a company called Nüthen, using hollow moulds.

After this preparatory work, the façade wall was erected, and the 1,200 workshop-prepared moulded items and cornices added. This stage required 130 tons of Vicat Prompt natural cement, made by our customer RCP and delivered by Vicat’s importer in Germany, SBV-Sakowsky.

The quick setting characteristics of Prompt natural cement allowed the moulds to be rotated efficiently, and the prefabricated elements to be assemble rapidly on the new façade. The restoration company was able to work ahead of schedule, and the gallery was opened on October 15th. 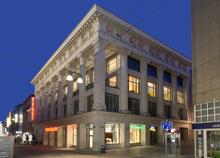 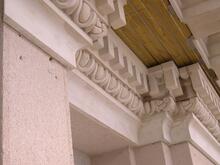 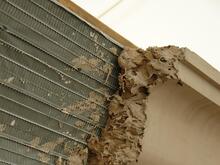 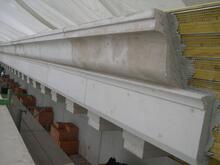