The history of 19th century concrete and cements is that of a rediscovery of materials, evolving know-how and an architectural transition from craftsmanship to industry. It tells of the discovery of forgotten treasures of the history of architecture now being used to create a new forms.

Interview with Cédric Avenier:
Indeed, Prompt natural cements, the first cements discovered at the beginning of the 19th century, were mostly produced in Europe until the First World War. They were used as additives to lime, then as binders to make mouldings in the stucco style, and finally to manufacture imitation stone.

They brought distinction to the world of cement. They brought out the architectonic capabilities of concretes.

1830–1910 was a period of transition between conventional construction using cut stone and the modern technical design and aesthetics of reinforced concrete. Regions such as the French Alps, and particularly Isère and Grenoble, were major contributors because of the quantity and quality of Prompt natural cement constructions there, which are still standing and now being refurbished. Cement manufacturers still produce cement on occasion with which to restore these buildings, but are also developing new products to be used in new forms of architecture. 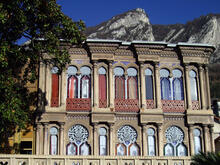 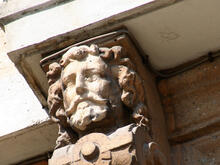