Natural cement, initially – though improperly – called “Roman cement”, is quick-setting. It was the first cement in the modern sense of the term, and at the time was a technological breakthrough.

Natural or Roman cements were used in many 19th-century constructions. They were favoured for 4 main reasons: speed of setting, strength of mortar, aesthetics and the durability of the resulting constructions.

Since the famous Roman mortars – mixtures of sand, lime and pouzzalana – no progress was made in hydraulic binders until the end of the 17th century.
The first progress was made in England. Parker filed a patent in 1796 concerning the baking of marl nodules (septaria). This was a major invention. It showed that a highly hydraulic binder, compared to the lean limes and lime-pouzzalana mixtures used at the time, was possible by low temperature firing (below malting point) of lime with a greater-than-normal clay content, without hydrating the fired stone – just by grinding it. At the beginning of the 19th century, this marl (argillaceous limestone) firing process spread across the whole of continental Europe. This cement was called “Roman cement”. The term “Roman” is a misnomer, since it was not the reinvention of the mortar used in Roman times.

In the 19th century, a confusion occurred between names on a single production site. The following terms were used: natural cement, quick-setting cement, Prompt cement, Roman cement, and elsewhere, plaster cement.
The correct name would be “natural quick-setting cement”.

Reasons for the increasing popularity of this cement throughout the 19th century :

It is easy to manufacture because : 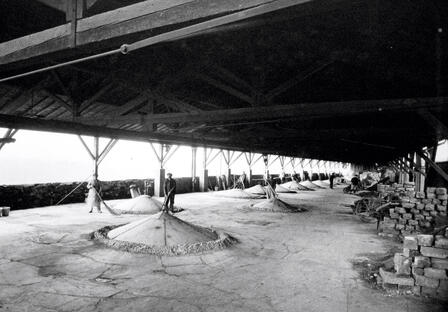 Upper part of the kiln at the La Pérelle plant circa 1900, France 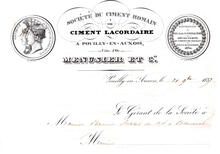 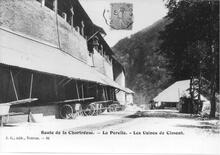 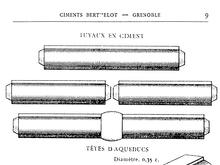 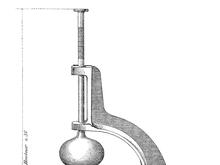