When they first appeared in the 19th century, architects immediately adopted natural Roman cements for facade decorations. The moulding technique - either prefabricated or not - had already been mastered with plaster material and was rapidly developed with natural cement.

Moulding is quite an art, and there are many ways to apply it. Dosages, type and grade of sand, as well as workability, are just as varied: from firm to liquid mortar, from a 2:1 dose to a 1:2 dose. We will describe two types of operation. The first, in two layers, is very often used for Roman cement based mouldings during the 19th century; the second is a single layer with a stronger mix, with fluid handling for complex mould forms that are difficult to fill and de-mould.

1. Two-coat moulding: the outside coat is made up of fine, fairly strongly dosed mortar (1:1 in volume). The sand used is of less than 0.5 millimetres grade. Pigment may be added for a coloured filler. It is applied first of all to the wall of the mould. Its will be sufficiently firm to work with, but not too much, so that details can  be moulded without producing air bubbles. The compositions are indicated in the table below.
The modulus of elasticity and drying shrinkage of the latter are fairly high. For this reason it must be applied as thinly as possible. It is a skin which has a protective function, and which has a fairly granular surface appearance that is similar to stone. The second, less fine mortar (dosed 1:2 in volume) is the heart of the moulding and is applied “wet-on-wet” onto the first coat so as to promote bonding between the two. These two mortars respect a fairly substantial water vapour transfer because of their permeance value: 0.52 and 0.42 (g/m2.h.mmHg), respectively.

Outer bi-layer = 1:1 0/0.5 mm or filler or pigment with 0 to 0.5 capfuls of Tempo per litre of Prompt natural cement, depending on outside temperature.

Inner bi-layer = 1:2 0/4 mm 0 to 0.5 capfuls of Tempo per litre of Prompt natural cement, depending on outside temperature.

2. Compositions of prefabricated moulding mortars : For complex form moulds which are difficult to fill and require higher strength for mould removal, it is easier to use a more fluid and stronger mix mould. In this case, it is necessary to use super-plastifying agents to reduce the water/cement ratio and increase fluidity. All the families of super-plastifying agents are unfortunately not effective with Prompt natural cement, and so you should contact us to make your choice. The advantage of this type of moulding is defined by a smoother and less granular surface than that described in the previous twin coat application.

Although early strength is fairly high, a humid cure over at least a period of two weeks is crucial. The surface of the mortar will hydrate properly, and so avoid any surface powdering and potential cracking, with a view to ensuring long-term durability. 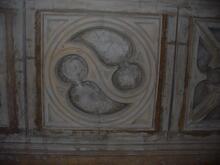 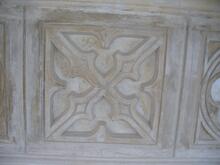 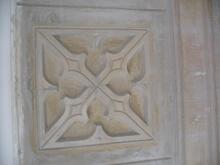 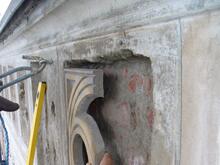 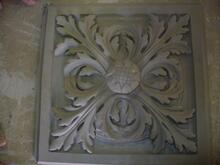 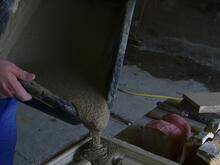 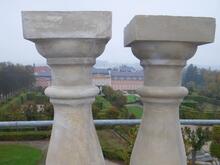 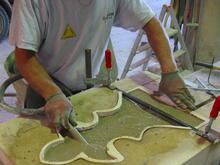 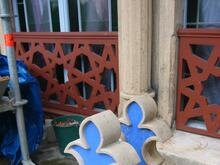